My Memories From Working Holiday In New Zealand

Many people asked me what my motivation was when I decided to embark on that fateful New Zealand working trip, and frankly, it is a question that I can't really answer. I remember getting the visa approval, making the necessary travel arrangement, then flying off when everyone around me was still thinking I'd never do it. Deep inside, I think the trip was probably just an avenue for me to fulfil my life-long dream of living abroad. Whatever it is, it was a decision I have yet to and probably would never regret making.

Going with the Flow in an "Unplanned” Journey

Most travellers believe planning is key when you travel abroad. For a working holiday trip, however, all I can say is that no amount of research would help you prepare for what is to come. In fact, it is this element of "unknown" that makes a working holiday such a wonderful experience.

When I first arrived in New Zealand, I spent most of my time walking the streets... waiting for surprises to find me. Some of my most memorable experiences include spotting a convoy of bikers who were all naked from the waist up, with seemingly no special agenda for doing so other than to prove they could. On another occasion, I accidentally stumbled upon a Christmas festive parade that literally popped out from nowhere. These events may not be significant to anyone in a meaningful way, but to me, they would forever remain my happy thoughts.

I came to New Zealand with nothing but a return ticket, two weeks worth of clothing and a grand total of 2,250 New Zealand Dollars. To speak the truth, I never thought I would last as long as I did. In fact, I was ready right from the start to return home as soon as I burned my living expenses! That state of mind meant I was able to tour New Zealand under no pressure whatsoever, which made my trip indefinitely more enjoyable.

Luck may have it, after just a few days of bungling around; I found support from a fellow traveller from Brazil who eventually became my roommate. We stayed in a village for a short while, then moved to Auckland where I immediately secured a job at a sushi restaurant... hence beginning an unexpected eight-month stay.

My stay in New Zealand mostly revolved around Auckland. It was the hub where I worked, mingled with new friends and learned how to play New Zealand's national sport - rugby. I even had a few men asking me out from the city too! Unlike most backpackers I know, I was contented with just staying in a single base and enjoying the simplicity of living the Kiwi way. But most of all, I thoroughly enjoyed the companionship of all the new friends I met during my working holiday.

Working at a Vineyard

Somewhere along the line, I found myself working in a vineyard, in a job that mainly involved bending down and trimming excessive leaves from the grapevines all day long. Now, working in a vineyard may seem to be easy but I can attest to the fact that it is only deceptively so. My time there was a test of strength, stamina and height... and nothing like the peachy job I envisaged it to be! Nonetheless, I willed myself to survive all three months in the vineyard - which was integral to my securing of an extension visa. When I left, it was with a real sense of pride. 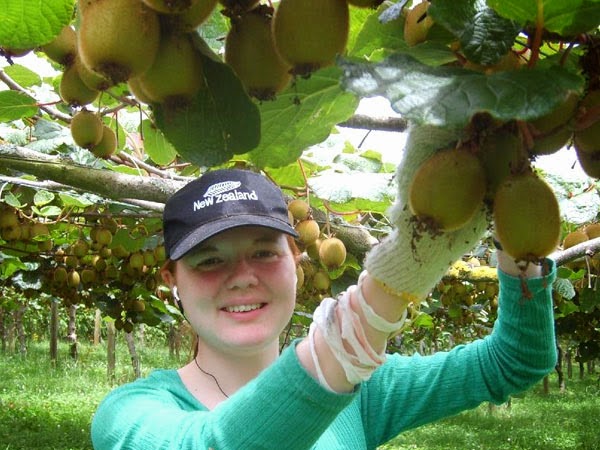 Remember Mordor, the ash-laden volcanic plateau where Frodo eventually destroyed the one ring? The setting of that all-important location from "The Lord of the Rings" is actually New Zealand’s Tongariro National Park. During my stay, I made it a point to trek across that impressive and very scenic landscape.

To be perfectly frank, climbing to the top of Tongariro National Park was tough. Really tough. Though the sign states it takes a mere 90 minute to get to the pinnacle, our journey to reach the top took us no less than five hours, traversing on some of the sandiest and most difficult trails I have ever come across. And when we finally reached the top, it was time to head down again because the sun sets really early here, at around 5pm in early winter.

A word of warning: at the Tongariro National Park, it does not pay to act the tough guy. During my trip, two of our fellow team members opted to trek back on foot to the starting point while the rest of us chose the easy way out on a motor transport. The team ended up waiting an extra three hours for them, all the time worrying about their safety and wondering if there was a need to call the authorities. When they finally arrived with barely a hint of remaining sunlight, I would never forget the look of sheer terror on their faces. To put it simply, Tongariro is not a place you'd want to "tough it out”，especially if you don’t know the place well! 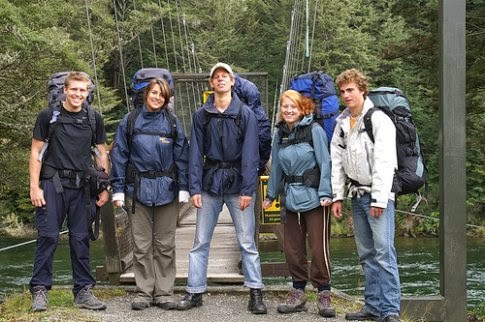 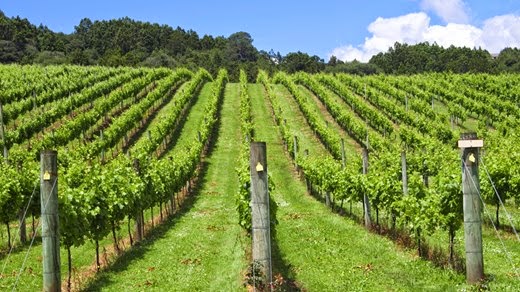 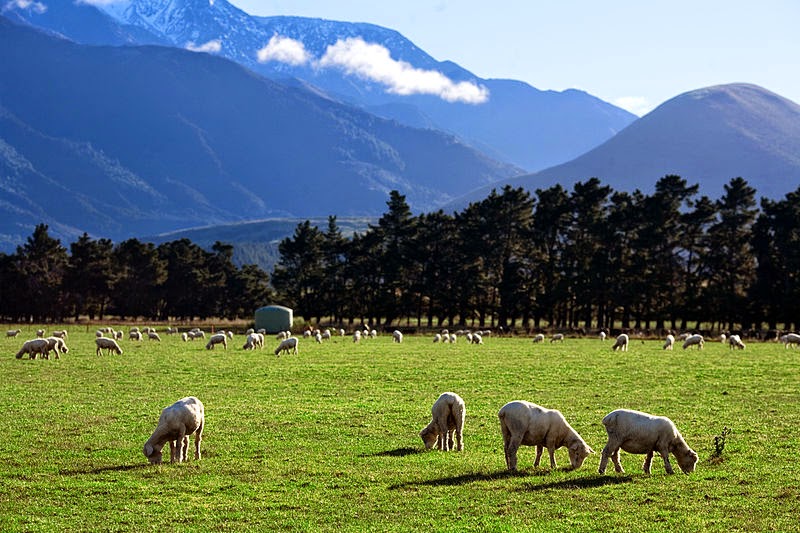 In total, my working holiday trip of New Zealand lasted one full year, where I found myself employed in a vineyard, an oyster farm, a mutton factory and a kiwifruit processing plant, just to name a few.

The New Zealanders comply fully with authorized working hours. Generally, I started work in 6:00am and knocked off at around 2:30pm. Because 丨 had so much spare time in the afternoon, I ended up learning how to bake!

Every weekend (or during the intervals where I was unemployed), I would seize the chance to go sightseeing. I'm proud to say that in 12 months, I managed to make my way to both the southern tip of the South Island and the northern tip of the North Island - quite an achievement, I must add.
In New Zealand. I learned and did tons of things I would never do back home, such as collecting abalones, catching crabs the Kiwi way (using wooden sticks) and fishing for salmons. I had, in one particularly adventurous expedition, tried to hitchhike my way to another town, and was reprimanded quite severely by the lady driver who picked me up. On an unrelated note: my landlady did try to match me up with her son, which of course did not succeed.

Did New Zealand change me or affect me in ways on a subconscious level? Frankly, I don't know. What I do know is that I will never forget about my one-year stay in that beautiful country ever.
Posted by Unknown at 07:26